The mystery and beauty of the world’s oldest culture is awaiting your exploration. Now all the exoticism of this stunning country is open for luxury travel that rivals or exceeds anywhere on else on earth. You will be awed by what China has to offer. Long gone are the days of government-sanctioned tours, now you can see China in all its majesty. Stay in a luxury villa rental in one of the three jewels of China; Beijing, Shanghai or Hong Kong, for a truly authentic experience. Each one has a wealth of experiences to offer. 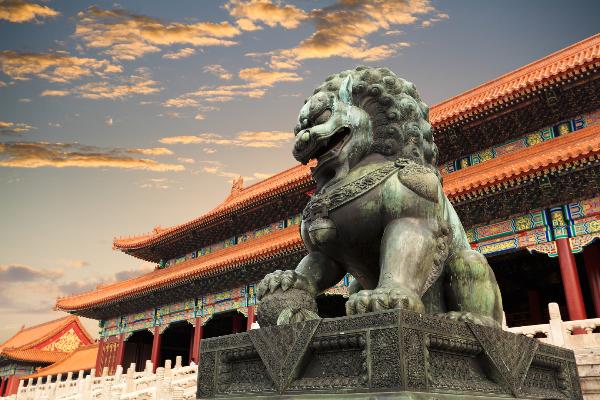 Statue outside the Forbidden City in Beijing.

Beijing is a lively city at the center of Chinese culture. It is hard to disentangle its deep history from its cutting edge modernism. Beijing is one of China’s great ancient cities and is now an economic and political epicenter. This unique city has an unparalleled bounty of discoveries for the luxury traveller. Start your tour of Beijing by seeing the imposing Tiananmen Square, and the Forbidden City in the heart of Beijing. After wandering awe-inspired through the stately Forbidden City head to the pagoda on the top of the hill in Jingshan Park for a fabulous view of the Forbidden City from above. Have your camera at the ready, as it is also the quintessential photo shot of Beijing. If you crave a dose of history then head to the older parts of the city. The winding narrow streets there are called Hutongs. Rent a bicycle or a rickshaw and tour around Dong Cheng District. 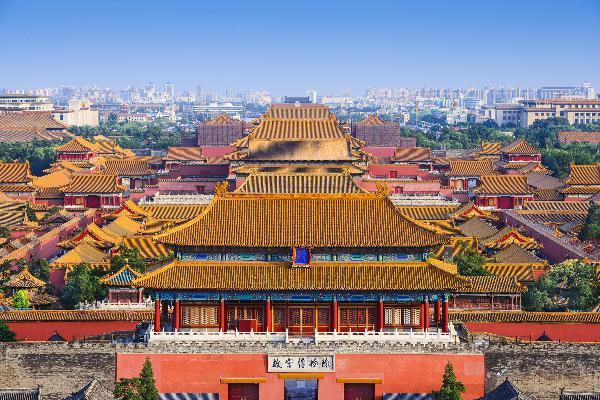 A cityscape of Beijing.

After all that exertion sate your appetite at one of the many incredible restaurants in Beijing. It is almost compulsory for first time travellers to sample Peking duck, the dish that is synonymous with Beijing. Try The Duck Restaurant or Duck de Chine for some of the best examples of this delectable dish. If you prefer to try something more authentic, then visit the Donghuamen Food Market. This is a place for the open-minded, as some of the dishes available may come as a shock to western palettes, like skewed scorpions. For more traditional restaurants try Maison Boulud for delicious food that won’t disappoint, or Temple Restaurant Beijing for the unbelievable venue that features a Ming Dynasty Temple on the grounds. For after dinner there are also some incredible bars in Beijing. Go to Sanlitun Village or Houhai for lively nightlife. For a bar with a stunning view try The Glamour Bar at Capital M, with its panorama of the city gates. There is also a terrace for the summer where you can get a table that overlooks Tiananmen Square. 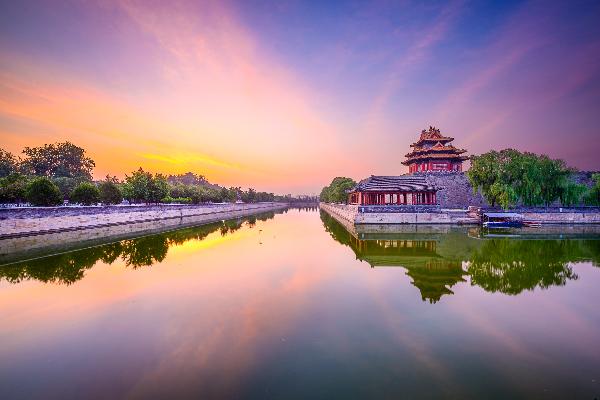 The Forbidden City in Beijing at dawn.

Beijing is overflowing with culture and art. Art lovers should head to the National Art Museum for new and exciting local and international artists. If you want to buy art, then head to Liulichang, an area of the city that sells antiques. Search hard and you might just find a real gem. Another artistic experience is taking a day trip to the ethereal Summer Palace. And, of course, visit the wondrous Great Wall of China. Charter a helicopter to truly appreciate the scope and scale of this grand structure. 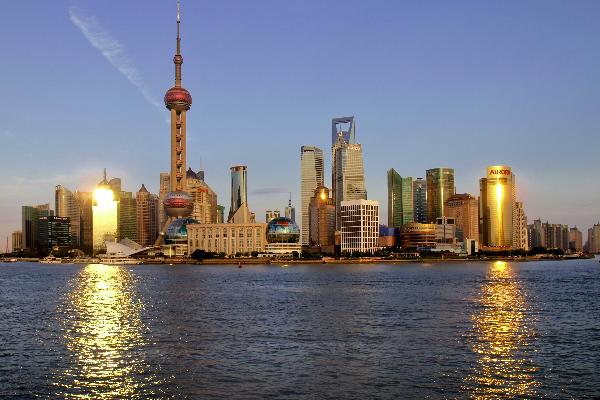 Cityscape of Shanghai from the water.

Shanghai is a whole different face of China, one that is a unique fusion of world cultures. In Mandarin it is called ‘Hai Pai’ culture, this refers to the mixture of eastern and western architecture. In Shanghai, the traditional and the modern sit seamlessly besides each other. The contemporary skyscrapers tower over the old narrow streets and the Colonial architecture of the French Concession. All the modern luxuries you can think of await you in Shanghai. There is a fast growing art market, that you can view at galleries like M50, which exhibits some of Shanghai’s best artistic talent. Shopping is some of the best in the world. You will find flagship designer stores and international brands. Get into the new ‘made in china’ trend and visit designer stores in the French Concession like Mary Ching, a Chinese shoe and accessory designer. 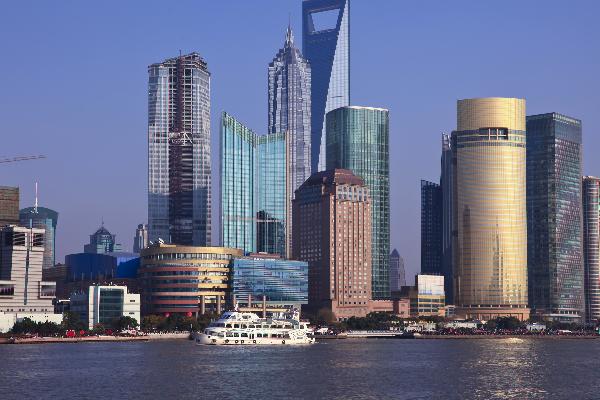 The modern sky-scrappers of Shanghai.


After touring Shanghai, you will want to sample the chic restaurants there. Try M on the Bund or Hong Rui Xing, which are both hotspots for the rich and the famous. For a more traditional experience try Yongfoo Elite, which whisks you back to the romanticism of old Shanghai. Located on a quiet tree-lined street in the French Concession, this 1930s building was previously used as the British Consulate. Today it houses a fabulous restaurant decorated with antique furniture and Chinese paintings. Go there for a truly spectacular lunch. For an unforgettable evening try a cocktail at Cloud 9, located on the 87th floor at the pinnacle of the Jin Mao tower at Grand Hyatt Shanghai. The view of Shanghai from above the clouds will make you feel like you really have reached cloud nine. 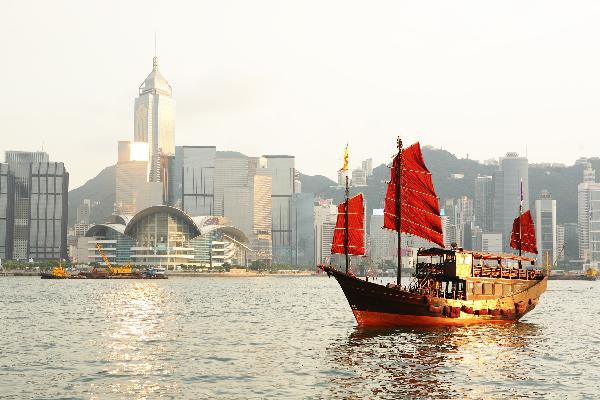 A traditional fishing boat sailing in the waters of Hong Kong.

Hong Kong is a cutting edge metropolis amidst breathtaking natural beauty. Sparkling skyscrapers overlook verdant forests; sophisticated restaurants open next to food stalls. The sea mingles the tiny wooden junk boats and luxury ocean liners in the harbor. The luxury travel options in Hong Kong are limitless. After you wander through its busy streets to see all that Hong Kong has to offer, relax with a cocktail at Aqua, a chic sky-high lounge. Its stunningly crafted cocktails, brought to you by renowned bartender Charles Joly, perfect this uber-cool space. For the ultimate in luxury, join the Aqua group for an unforgettable bar hop between Aqua and Armani/Prive aboard a iconic red-sailed Chinese junk. This unique experience redefines luxury barhopping. Hong Kong is a haven for foodies as well. If you have taste buds and want to use them, do not miss a trip to Dundas Street in Mongkok, epicenter for succulent street food. For spectacular views of the city, take the old Tram to the top of Victoria Peak. Aim to go at sunset to see the sun melt into the sea. 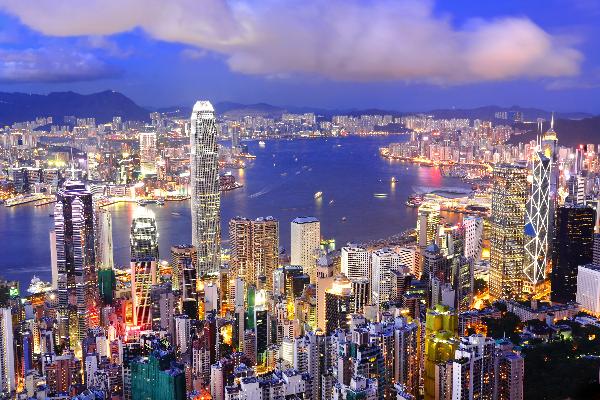 The twinkling lights of Hong Kong at night.

Be sure to catch the ferry from Hong Kong to the lavish luxury of Macau. What used to be a small fishing village has been transformed into a luxury travel destination unlike any other, overtaking Las Vegas as the gambling capital of the world. Here you can play some of the biggest games in some of the most rarified rooms. Baccarat dominates the play here, but new games are gaining favor. The Poker King Club has highest stakes poker games in the world. Join the princes and industrialists of China as they place wages for staggering sums of money. High rollers then take their winnings to the new flagship luxury stores built to entice the well heeled. Curated collections of art and design fill every inch of the cities casinos. The shopping experience is unrivaled anywhere in the world. 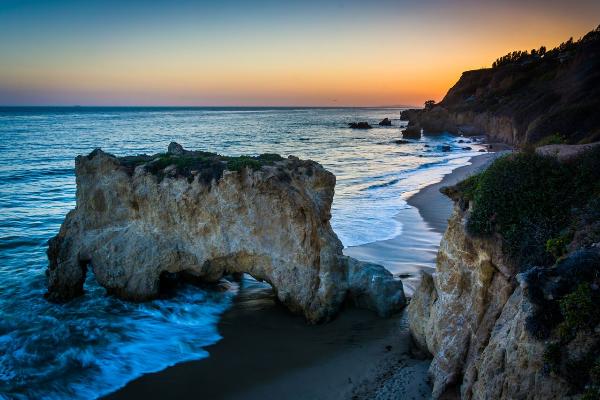 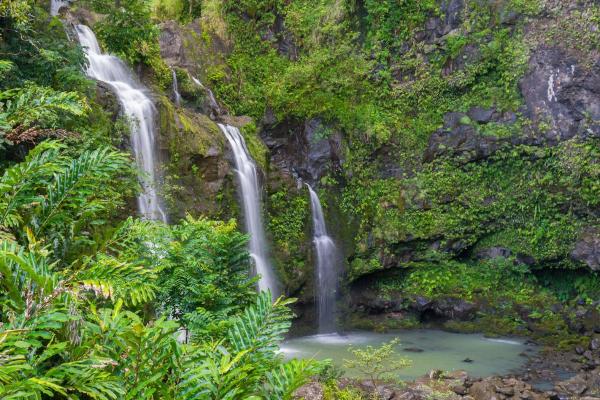 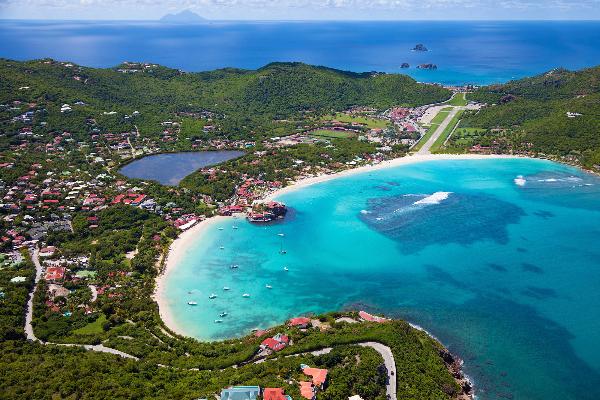 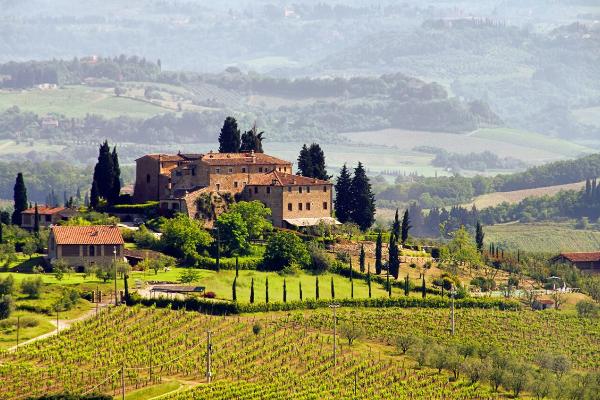 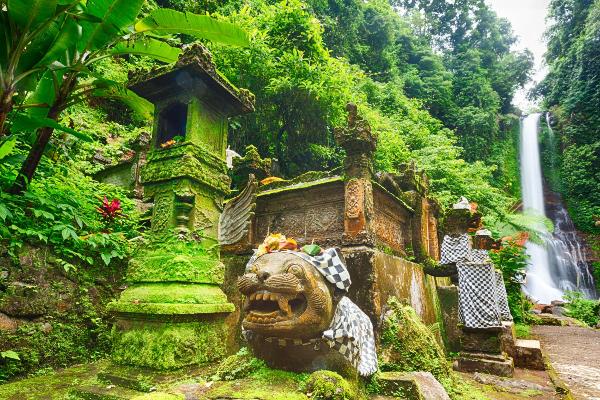