When
Reset the filter and clear dates
Size
Price
Sort by
Get Help Finding Your Villa
There are no Villas that match your search criteria.
Try changing your search filters

The city of Santa Barbara, California, is often referred to as “The American Riviera.” If you ever have the good fortune of visiting this picturesque coastal city in the U.S. West Coast, you’ll understand why.

Sitting on the foothills of the steep, lush slopes of Santa Ynez Mountains, Santa Barbara opens magnificently to the Pacific Ocean in the south and comes replete with characteristics that will easily remind anyone of the Mediterranean: the pleasant climate, superb beaches, azure ocean waters, and the stucco-walled and red-roofed residential homes—convincing reproductions of those found in countries like Spain, France, and Italy. Even the streets and the crowds here have a distinctively European sensibility.

Perhaps a part of the reason why Santa Barbara so closely emulates the Mediterranean culture and aesthetic is due to its heritage as a Spanish town some 400 years ago. Throughout the city, remnants of this centuries-old heritage remain prevalent attractions. Chief among them is the chapel of the Old Mission Santa Barbara, which was completed by a group of Franciscan missionaries in 1820. Nowadays, it is one of the most visited historical sites in the city. Another location of historic significance is El Presidio Real de Santa Barbara, a former military installation that now houses a museum and a working archeological site. The town also celebrates a Spanish-themed Old Spanish Days Fiesta in August, a tradition that has been going on since the 1920s.

Art enthusiasts will likewise find Santa Barbara not wanting in venues for the performing and visual arts. The Santa Barbara Museum of Art, for instance, contains a collection of American and French pieces from the early 20th century, while the Granada Theatre is home to the Opera Santa Barbara and the Santa Barbara Symphony Orchestra. Small concerts are also frequently held at the Lobero Theatre, a historic building constructed in 1873.

When in Santa Barbara, don’t miss strolling down the historic State Street Plaza. This pedestrian-friendly area has a diverse collection of regional galleries, indie boutiques, and shops of global brands for a truly remarkable shopping experience. In summer, the plaza comes to life with the floats and the costumed participants of the Summer Solstice Parade, a colorful spectacle that attracts more than 100,000 people each year.

Delight in the remarkable historical legacy and splendid surroundings of Santa Barbara, California. Book one of Villaway’s luxury resorts or villa rentals, and experience the splendor of the American Riviera while on your luxury vacation. 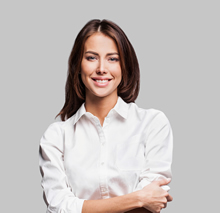